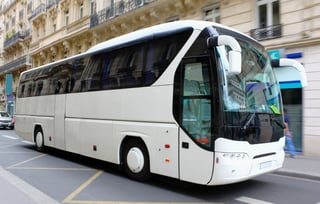 There are a number of ways in which bolting failures can occur, whether due to improper maintenance, installation or materials.

In this week’s blog post we’ll look at a few examples of bolt failure and how they were corrected.

Fastener Technology Magazine explored this concept a few years ago.

In this case, an M24 property class 8.8 bolt was used to secure an engine mount to the chassis of a bus. After the bus had been in service for a while, bolts began to come loose and in some cases fail.

To prevent what seemed like a loosening problem, technicians used a split pin that passed through the bolt thread just below the nylon insert nut to prevent the nut from backing off. But this fix was only somewhat successful; the nuts continued to back off, leading to cases where the split pin was entirely sheared away.

Investigations found that the torque specified during the design phase of the bus was difficult to achieve during production and service, due to space limitations and lack of proper equipment. The torque specified had been 660 Nm or 487 lb-ft, but the torque actually reached was closer to 295 lb-ft.

To solve the problem, the bus crew used a smaller sized bolt with a greater strength.

Bolt Science, an independent engineering organization in England, discusses this example on its website. This failure happened due to a design problem on a commercial vehicle. The bolts secured a crossmember that supported loading from the vehicle’s suspension to the main longitudinal channel sections. The bolt’s threads were covered with an anaerobic adhesive meant to keep the nut from rotating loose.

The design’s structural integrity was dependent on the suspension loads not exceeding the friction grip provided by the bolts. A combination of embedding losses and inadequate bolt preload, friction grip could not be maintained and movement of the cross bar relative to the main frame occurred. This resulted in fretting of the bolt shanks and damage to the nuts and under head of the bolts.

This issue was resolved by ensuring the clamped surfaces were flat, specifying an appropriate sequence for tightening and increasing the strength grade of the bolts from 8.8 to 10.9.

According to Bolt Science, wheel stud failure is a relatively common issue with vehicles, often due to fatigue rather than overtightening.

Bolt Science focuses on this phenomenon as it relates to commercial vehicles, and notes the debate over whether it’s a problem of design or of a lack of maintenance.

“Poor maintenance practices obviously have played a part in many failures, but manufacturers insisting upon frequent torque re-checks is an indication that the joint design on many wheel assemblies is marginal,” they write. “The inherent variation in stud preload as a result of torque tightening can result in the forces acting on some wheel assemblies exceeding the stud’s capabilities to resist them.”

Choose Maxpro For Your Next Bolting Project

Part of avoiding bolting failure is having the appropriate tool for the job. For more than 20 years, Maxpro has helped clients in the power generation, construction, manufacturing and other industries, whether they needed to rent or purchase torque tools, or have their instruments calibrated.

Contact us today, and we can help you avoid bolting failure on your next job.