Pipeline Construction in the United States

Energy companies are rushing to finish construction on several pipelines to access shale gas in Ohio, Pennsylvania and West Virginia.

When finished, these projects will give producers new access to domestic and international markets, and make those three states the suppliers of one third of the natural gas in the United States.

“The construction addresses a lack of pipeline capacity that has stunted development of two of the largest shale fields in the United States, the Marcellus and Utica formations,” Reuters reported in a look at pipeline construction in the USA earlier this year.

Worldwide, there are nearly 84,000 miles of oil and gas pipelines either under construction or being planned, according to the Pipeline & Gas Journal. 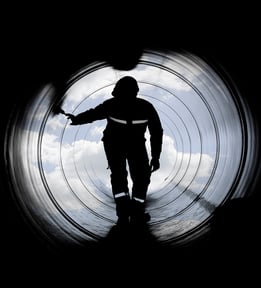 No matter where pipeline construction is happening, and whether those pipes are transporting oil and gas, one factor remains the same: the crews building them need tough, precise torque tools.

Maxpro knows the value of torque tools in pipeline maintenance, and of having accurate and durable torque wrenches for industrial construction.

We are the nation’s number one distributor of torque wrenches from RAD, which are prized in the pipeline sector for their speed and accuracy.

And every piece of equipment we rent or sell is calibrated to ISO/IEC 17025 standards at our A2LA-accredited lab, allowing you to know you are working with reliable tools and giving you another measure of safety on the job. Contact us today to find out how we can help you with your next project.