RAD Guns, vs. Impact Guns; A World of Difference 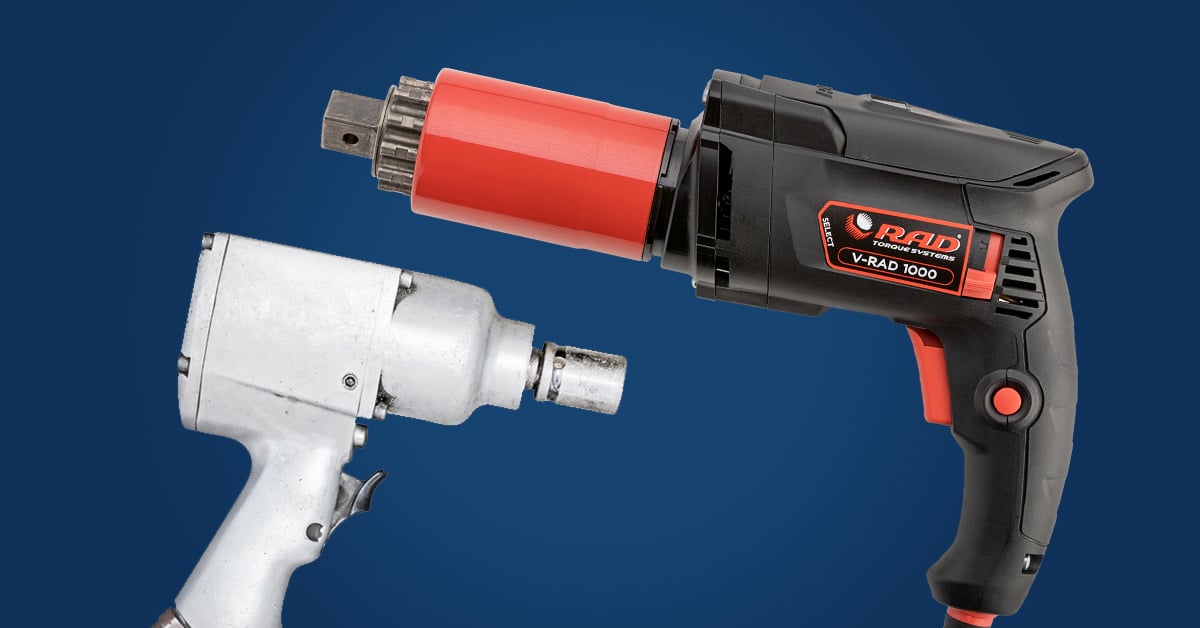 The principal of the RAD tools is they are gear driven, with a reaction arm, that allows the tool to stall out at a set torque output, which is calibrated to an accuracy of +/ 5% or greater.

Impact guns utilize a hammer mechanism that’s only control point is the operator, resulting in an unknown final torque output point. This difference in mechanical operation leads to the following differences between these two styles of tools:

With all of benefits of the RAD guns over impact guns, the question arises, why even use impact guns?  The  answer is that impact guns have their place in loosening fasteners.  The hammering mechanism is ideal for break out bolting applications.  Using impact guns for fastening or torquing is not recommended for any bolting application that requires a torque specification.

Finally cost, RAD guns are more expensive that impact guns.  Multiple stages of precision planetary gears stacks are much more costly to manufacture than the simple hammer mechanism of impact guns. The benefits far out weight the cost difference when utilized a torque-controlled tool in a bolting application.

Maxpro is the leading authorized supplier of RAD torque equipment in the US, and a premier ISO 17025 accredited torque calibration laboratory.