Yet that does not mean coal is the future of American energy. A look at current renewable energy trends tells a different story.

“If there ever was a war on coal, the coal industry has lost,” writes Dana Nuccitelli in The Guardian. “According to a new report from the Union of Concerned Scientists, many old American coal power plants are being retired or converted to natural gas, and new coal power plants aren’t being built because they’ve become more expensive than natural gas, wind, and solar energy.”

The amount of electricity we get from coal fell from 51 percent to 31 percent during Obama’s time in office. Of the coal plants that are still around, approximately 25 percent of them either plan to retire or switch to natural gas. 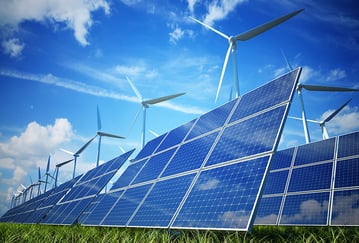 Meanwhile, the average cost of wind and solar power has dropped sharply worldwide in the past three years, according to the International Energy Agency.

“While these sources of energy make up a small portion of the overall system — for example, about 15 percent of electricity generated in the United States last year and 24 percent generated worldwide — they are growing fast,” the New York Times wrote in a recent editorial on renewable energy trends. “Two-thirds of generation capacity added globally last year came from renewable sources.”

It’s becoming less and less expensive to get energy from solar panels and wind turbines. In countries like India and Mexico, auction prices for renewable energy are equal to if not lower than the generation cost of newly-built coal or gas plants, the IEA says.

A look at renewable energy trends suggests that the cost of land-based wind turbines and utility grade solar will drop 15 percent (for wind) and 25 percent (for solar) by 2022.

It’s also getting easier to produce renewable energy, with wind turbines getting more productive, and batteries becoming even cheaper to produce. 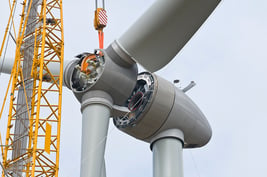 For wind turbines to be reliable, they need reliable torque tools for their dozens upon dozens of bolts. Professionals in the wind industry rely on E-RAD torque wrenches, which are fast, versatile and built to provide accuracy and repeatability.

If you need torque wrenches for the wind industry, or want to have your tools calibrated, Maxpro can help. Contact us today to find out how we can assist you with your next energy industry project.