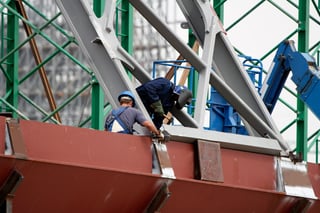 Torque is a twisting force around a point or axis that is measured by multiplying applied force by the distance through which the force works. The force is measured in pounds or ounces, and the distance in feet or inches. So 10 pounds of force exerted at the end of a three-foot breaker bar would yield 30 pound-feet – or “foot pounds,” depending on the wrench scale you’re reading -- of torque at the socket.

How does Hooke’s Law come into play? And for that matter, who was Hooke?

Hooke’s law gets its name from Robert Hooke, a 17th century English philosopher, scientist and inventor credited with discovering the law of elasticity.

According to Hooke’s Law, the amount an elastic material bends is in direct proportion to the force causing it to bend. To put it another way, strain or deformation is proportional to stress or force applied. As long as a material doesn’t go beyond its elastic limit, it will revert to its original shape.

If you set a thin, flat steel bar on the edge of a flat surface and anchor it to one end, the bar will flex in direct proportion to how hard you press, and spring back when pressure was released. Correlate the flex of that bar to a scale and you’ll get an idea of the torque being exerted on the other end.

One of the oldest and simplest torque wrench designs is the flat-beam, which is made in a variety of models, from smaller one-inch wrenches to those that can handle 300 pound feet or more.

These are typically durable wrenches, although they come with a disadvantage in that a user needs to see the wrench’s scale while working with it. It does not click, flash or otherwise give any sort of indication when it has reached the desired torque setting.

Further up the scale are digital torque wrenches, which utilize Hooke’s Law by attaching a strain gauge --- which gives off varying amounts of electrical current as its shape changes – to a torsion bar. When the user tightens a fastener and deflects the bar, the gauge reads the deflection and reports it as a numerical value on the wrench’s display.

Let Maxpro Make Sure Your Wrenches Are Working

Torque wrenches are tough tools that can do hard work, but they’re ultimately meant to give the people who use them precise measurements.

Maxpro can help you make sure your torque wrenches and other tools are calibrated properly so that you’ll always get the measurements you need.

Since 1993, our calibration lab has been building its reputation as a leader in the bolting and torque equipment field. Our ISO 17025 certification from ALA means that we have the approval of the country’s premiere accreditation agency.

In addition to our calibration work, we also carry a wide range of torque products for sale or for rent. Contact Maxpro today to find out more about how we can help you complete your next project.